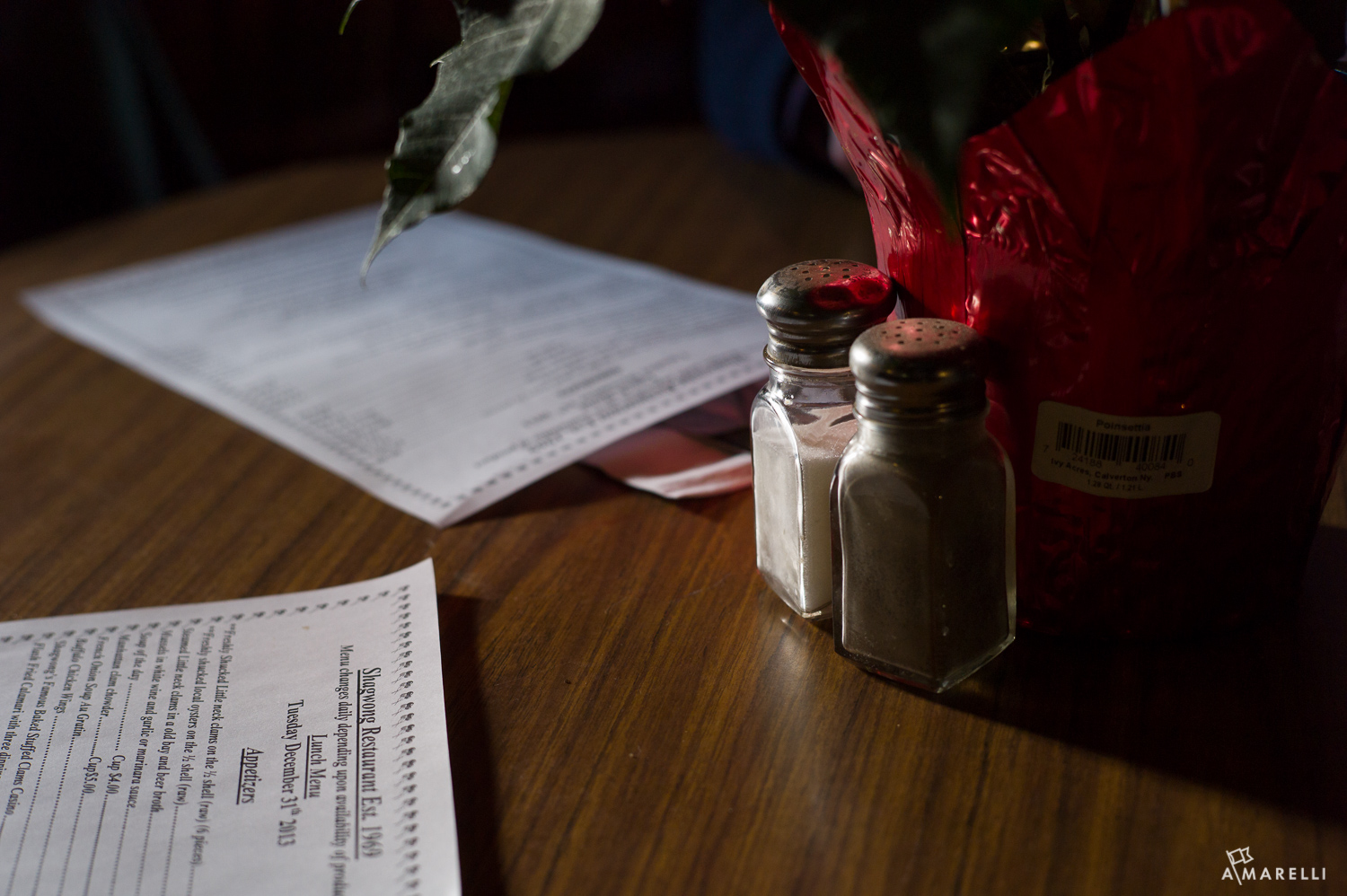 Philosophy on editing a photograph

There has been a lot of controversy around photo editing as it relates to contests â winning images in everything from the World Press Photo Award in 2013 to a contest on Nikon Singapore’s Facebook Page in January 2016 have been accused of poor or overÂ processing. Â As such, I thought it would be worth writing a short philosophy on editing.Â  The view that each photographer takes on editing must be developed individually.Â  It is an ethic of your practice, which will invariably change over the years.Â  Perfect consistency is nigh impossible and even if it was, it feels a bit robotic.Â  As technology and the world around us constantly evolve, so too will your own philosophy on editing.Â  As I like to remind myself:

âIt is impossible to extract a consistent morality through the observation of human beings.â

We are funny, flawed, and occasionally lovable creatures and do best when we donât take ourselves too seriously. 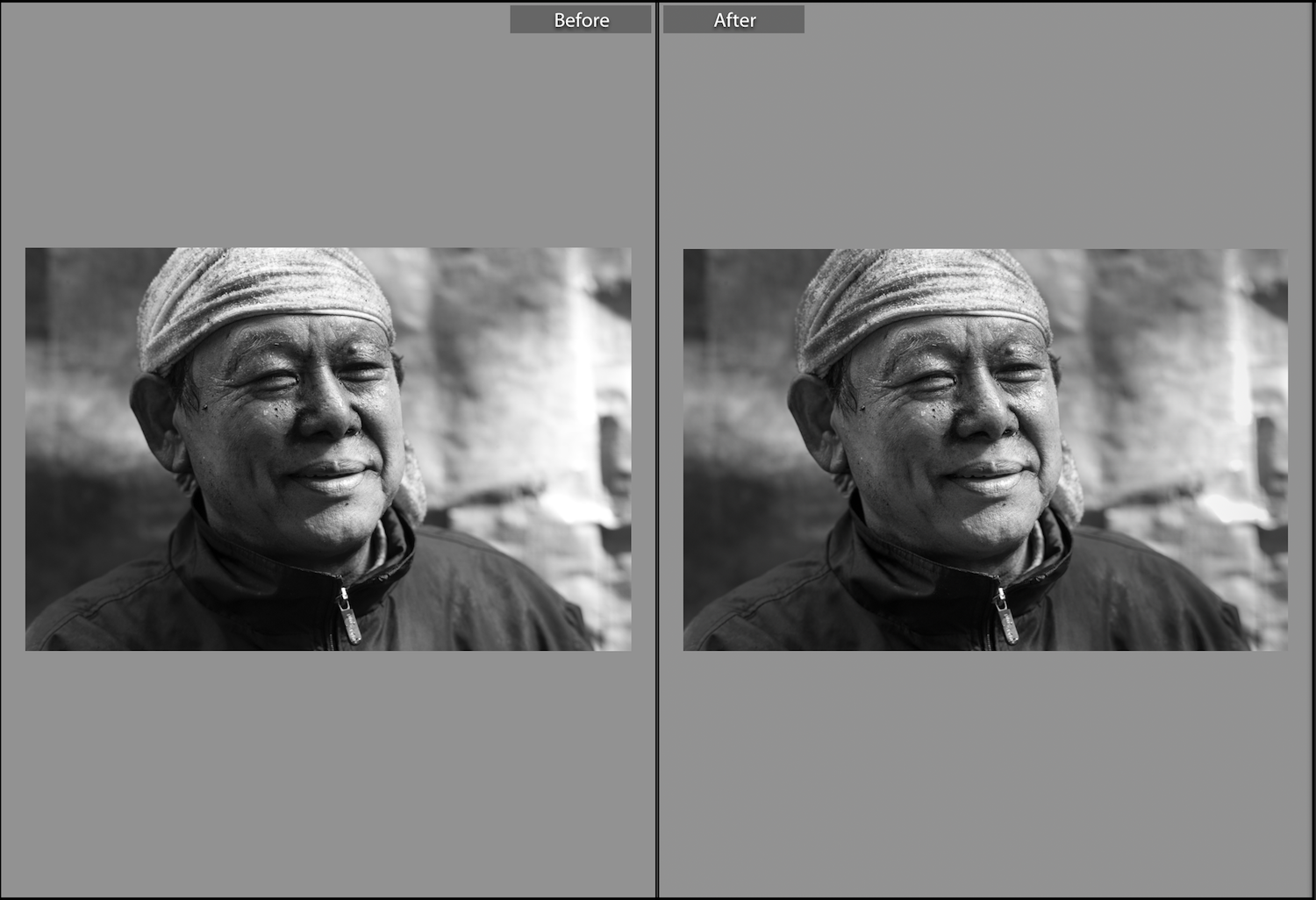 We all eat, right?Â  It is a universal component of the human experience.Â  Without eating we transition fairly quickly from human beings to human history, which is why it makes a good baseline for an analogy about photography. 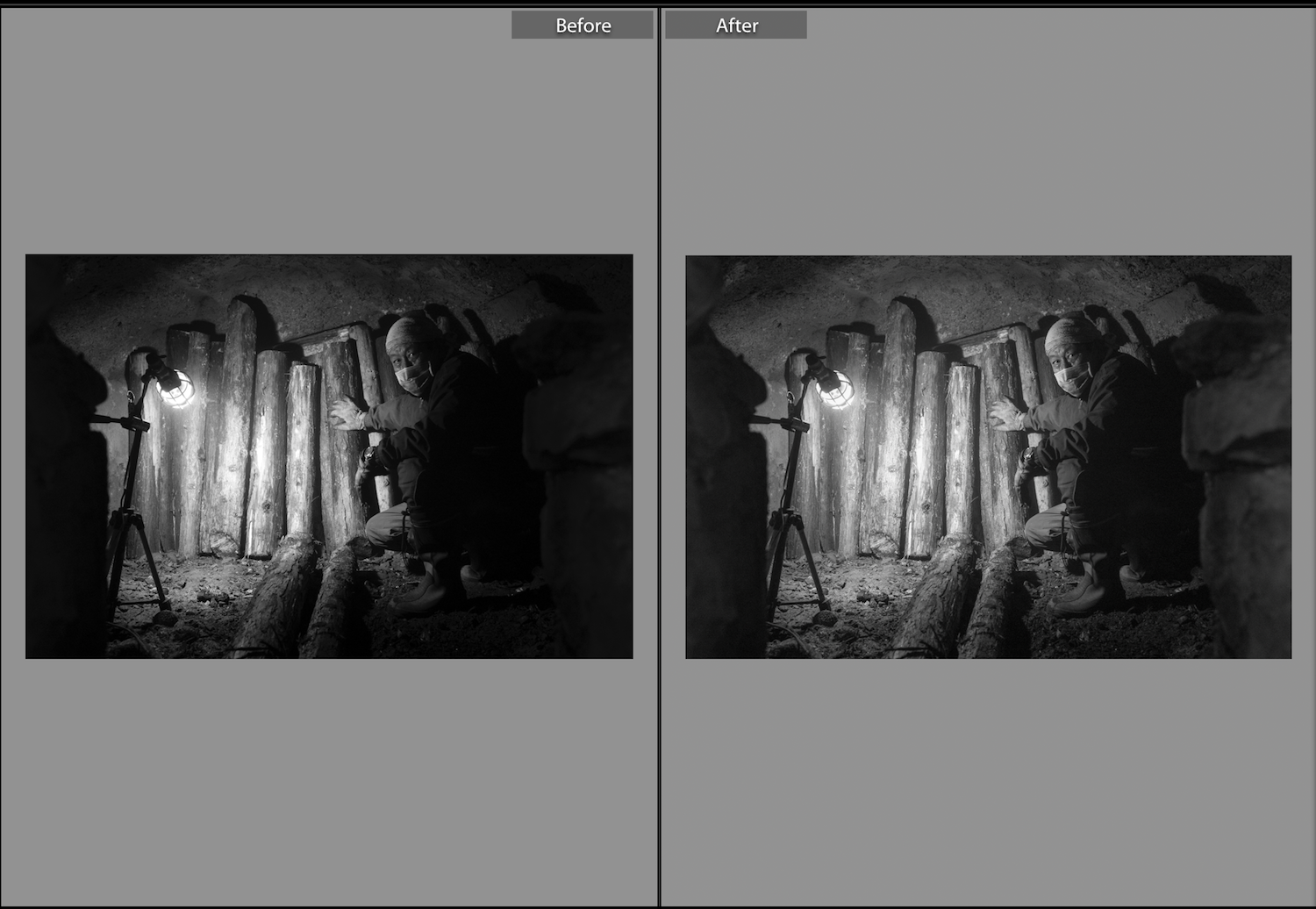 Salt is essential to almost every cuisine (there are exceptions, but we will get to that later).

A little salt, properly placed, feels necessary.Â  It is an enhancer and amplifier of existing flavors. Â It allows flavors to express themselves more clearly, but should not introduce anything that is not already there.

Photographs, like the airplane one, had a new ingredient added postmortem. Â To my own sensibility, editing is about dealing with whatâs there and maybe using a pair of tweezers to remove little things.Â  But if the extent of change is too much, we end up in a world of photographic plastic surgery rather than getting to the gym and getting ourselves in shape.

A little salt, properly placed, feels necessary.Â  It is an enhancer and amplifier of existing flavors. 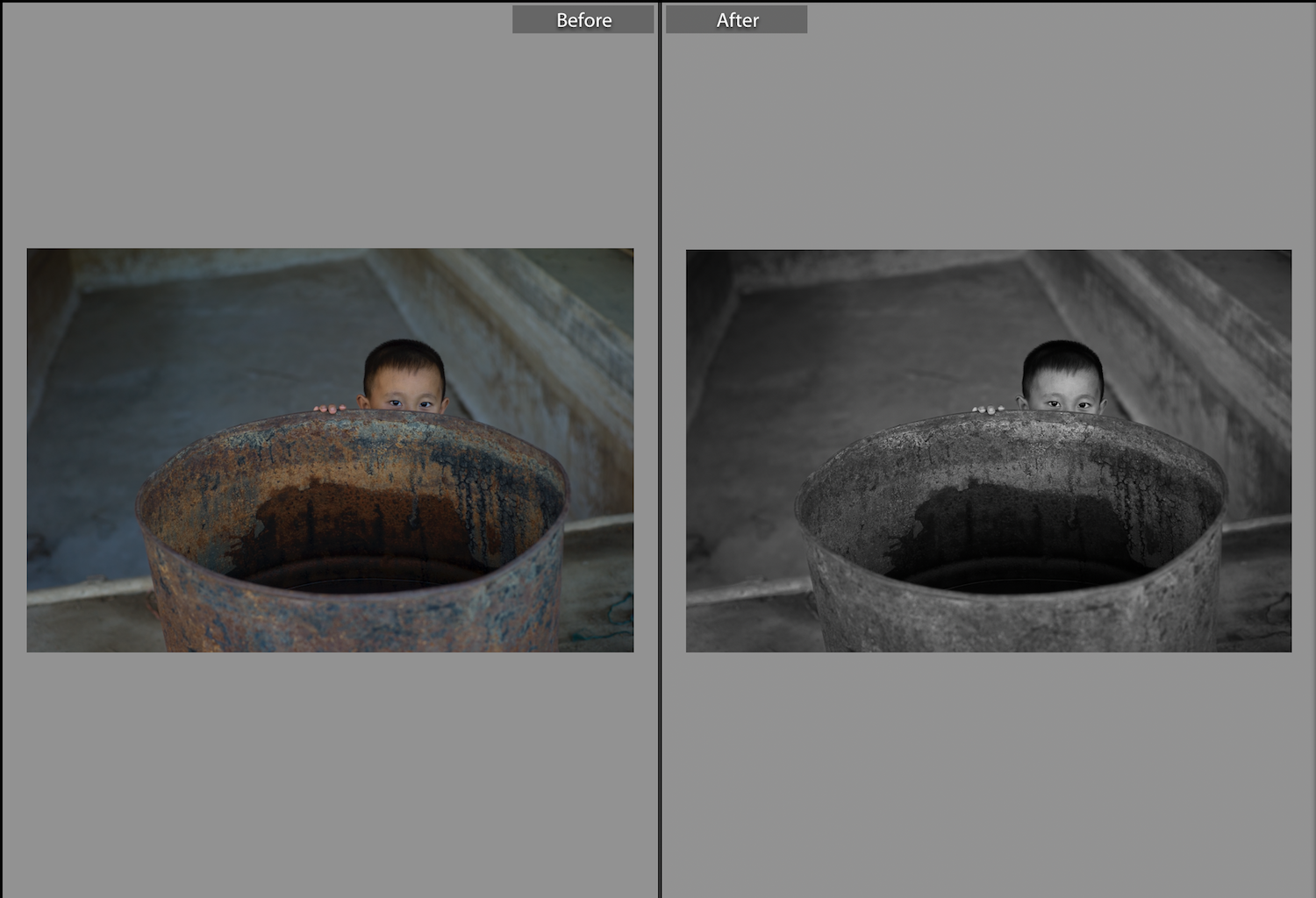 The spectrum of saltiness is one of the major qualifiers for a dish.Â  âItâs blandâ or âItâs saltyâ are an indication that the balance is off.Â  Like in a photo, the editing is about a balance.Â  Too little and it may appear flat, grey, or bland â¦ too much and it is likely to be oversaturated, too contrasty, and feel over-processed.Â  Using salt relates toÂ achieving balance that is suitable for a picture or a body of work.Â  Ice cream and steak both use salt, but the effect is rather different.Â  Same for photographs.

Have you ever eaten a dish because the salt they use is amazing (well maybe in Noto, Japan … but I digress). Â Other than that, good salt is invisible.Â  We never notice it. Â As withÂ good editing, we should notice the photograph, not how it was finished.Â  Post production exists to showcase the bones of the picture. 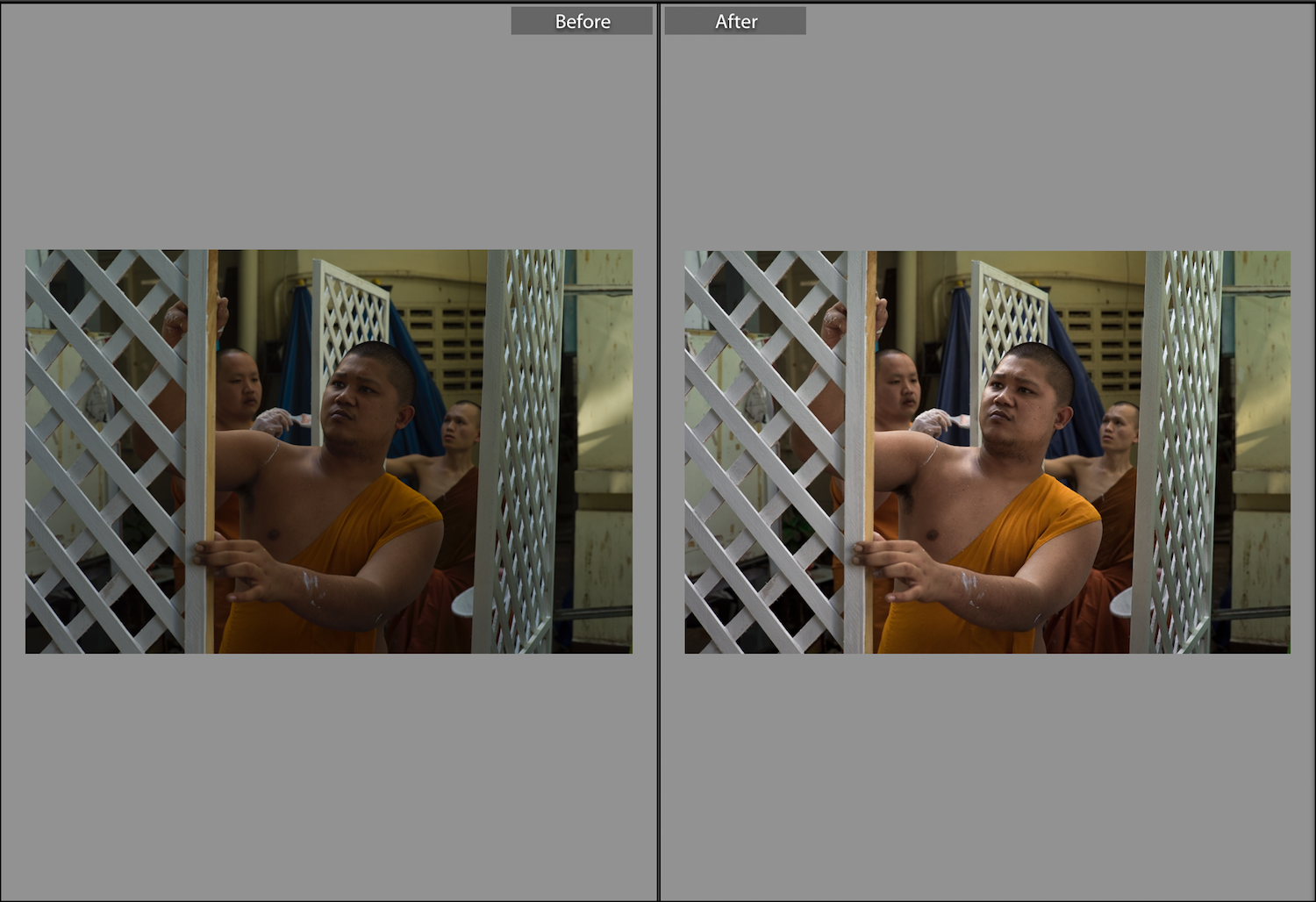 How many times have you heard someone say âOh, Iâll just fix that in post.âÂ  Some things are fixable, but not everything.Â  Salt canât fix a rotten piece of meat and editing cannot fix a rotten picture.Â  It might be highly âsaltedâ but underneath it is still rotten. 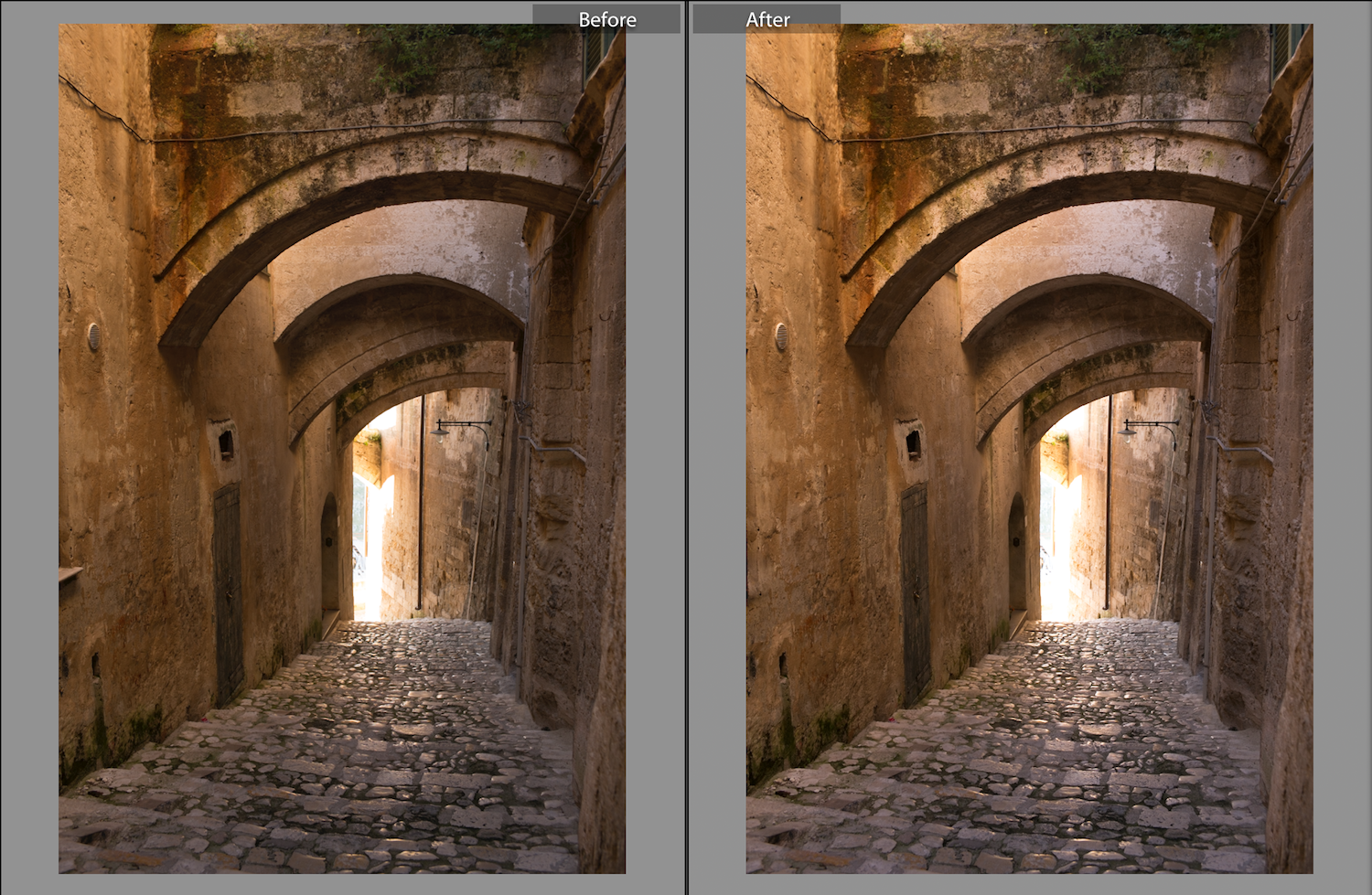 There are different salts, but they all essentially do the same thing

There are probably more types of salt than there are editing programs.Â  Some are very delicate, while others are industrially produced versions that are barely palatable (think Capture One versus VSCO filters).

But essentially they all do the same thing.Â  They are enhancers and equalizers; they are not authors.Â  Whichever one you have access to, it is good to understand its powers and its short comings (0ne of the many reasons HDR is neither compelling, convincing, or even worth learning).

Instead of getting caught up in endless Adobe tutorials, it is easier to focus on your vision of what the picture should look like. Â Then the editing software is just a tool, not to be mistaken for creativity itself. Â But wait, what about all the guys who teach us that HDR is the creative solution to photography? Â Frankly, they are all full of salt.

There is no need to learn every square inch of Lightroom or Photoshop, unless you want to be a retoucher.Â  You will get on better choosing a few good ingredients at a market and mastering their flavors than you will obsessing over the type of salts you use in the dish. 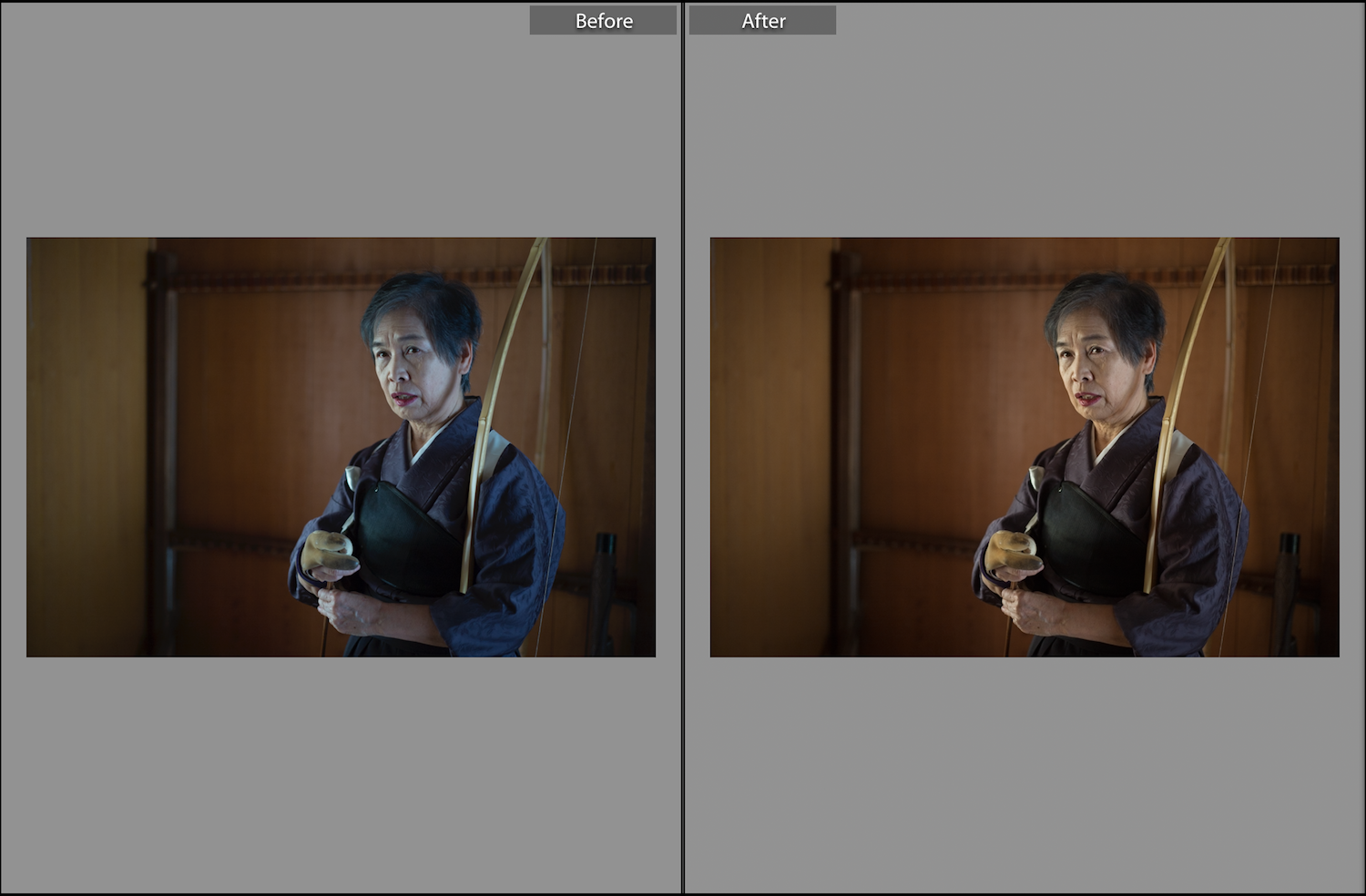 There are a group of people who donât believe in salt and thatâs ok too.

Nature happens to be a very good designer.Â  If you accidentally put salt on a freshly cut papaya grown on Tanna, Vanuatu, you would be mad.Â  But raw ingredients and RAW images are not the same thing.Â  By the time you get any negative or DNG, it has passed through a lens designed by one team of engineers, to a film plane or sensor designed by another team, and out through chemicals or a computer screen designed by yet another team.Â  The point is that any photograph is so far from its original source that it’s going to need at least a pinch of salt.Â  If it doesnât, it only means that your preference are in line with the salt that the engineers have already added.

As I mentioned at the top, these guidelines, for lack of a better term, will evolve.Â  There is no need to fix them in stone.Â  If they change, it just means we are asking more questions, examining what we do more closely, and adapting to the ever changing world around us.Â  Hopefully in the wake of this change and flux, we can put together a few properly salted photographs that do something interesting and expand the way in which we see and interact with the world around us. 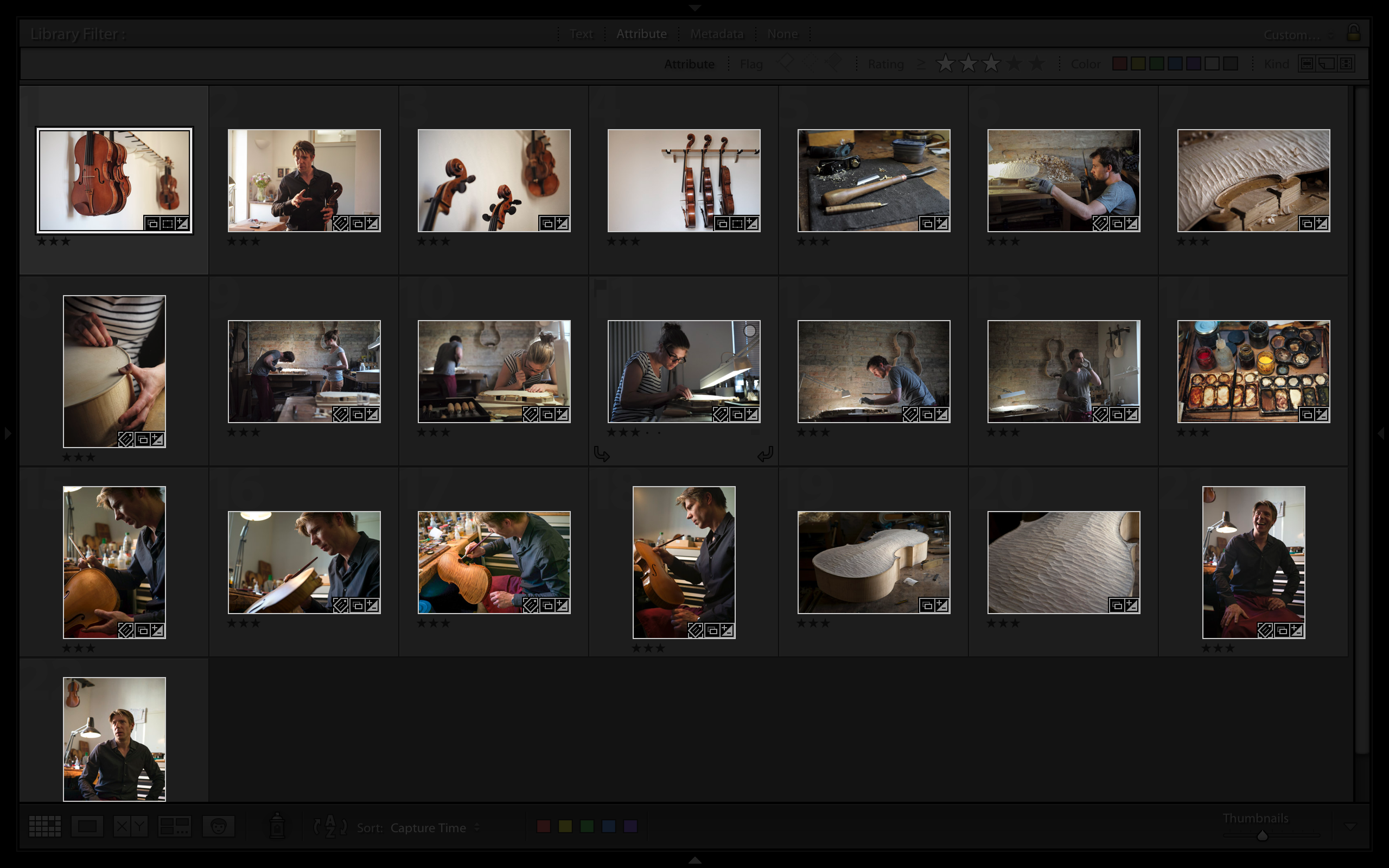 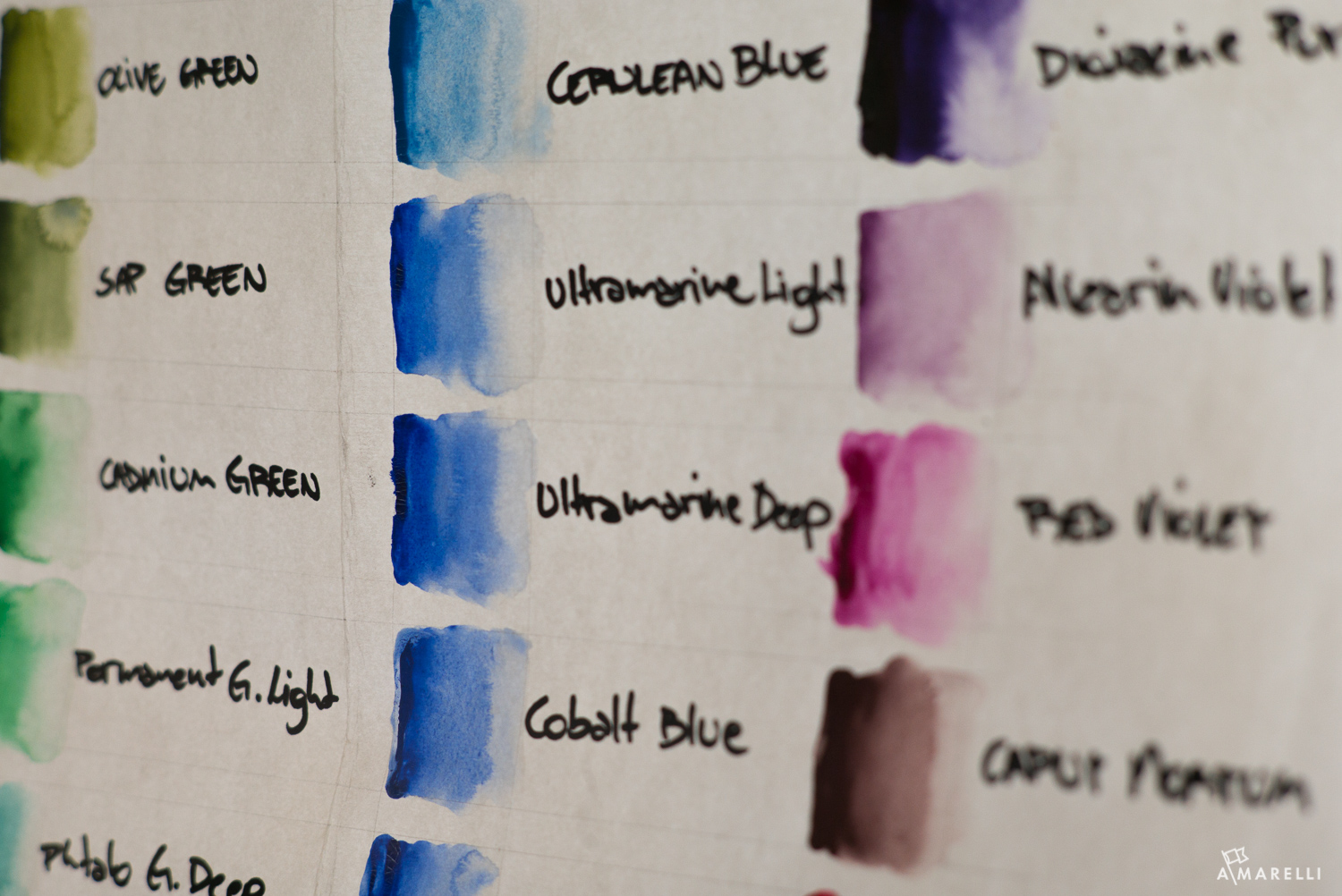 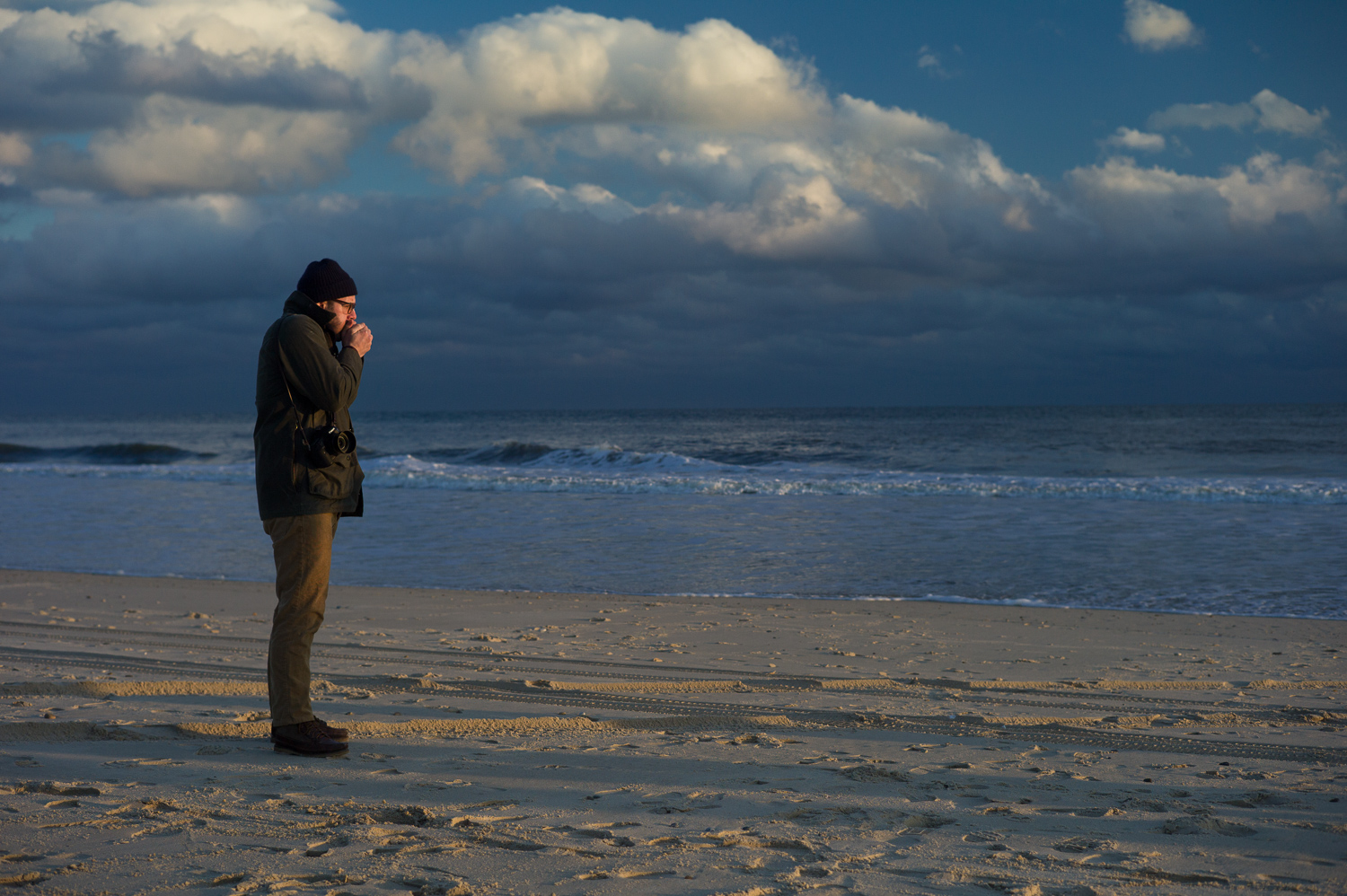