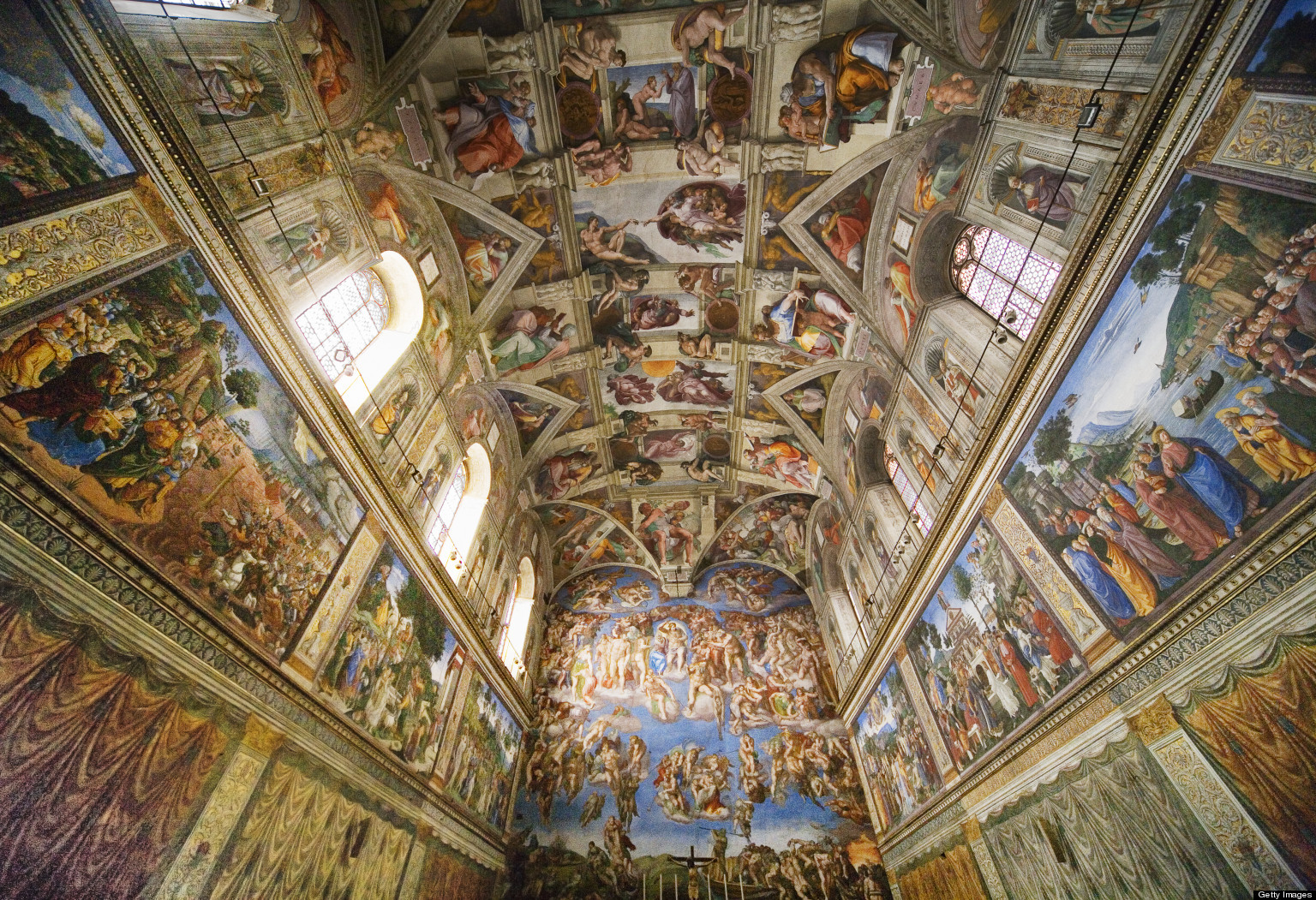 In Search of Michelangelo

It is no secret that I am a great admirer of Michelangelo.Â  He was, in all senses of the word, a colossal artist.Â  He is one of the few artists to hold claim to being a polymath, sculptor, painter, draftsman, and even architect. Â There have been very few people in the history of art whoÂ have worked as hard to expand our idea of what an artist can do in a lifetime. 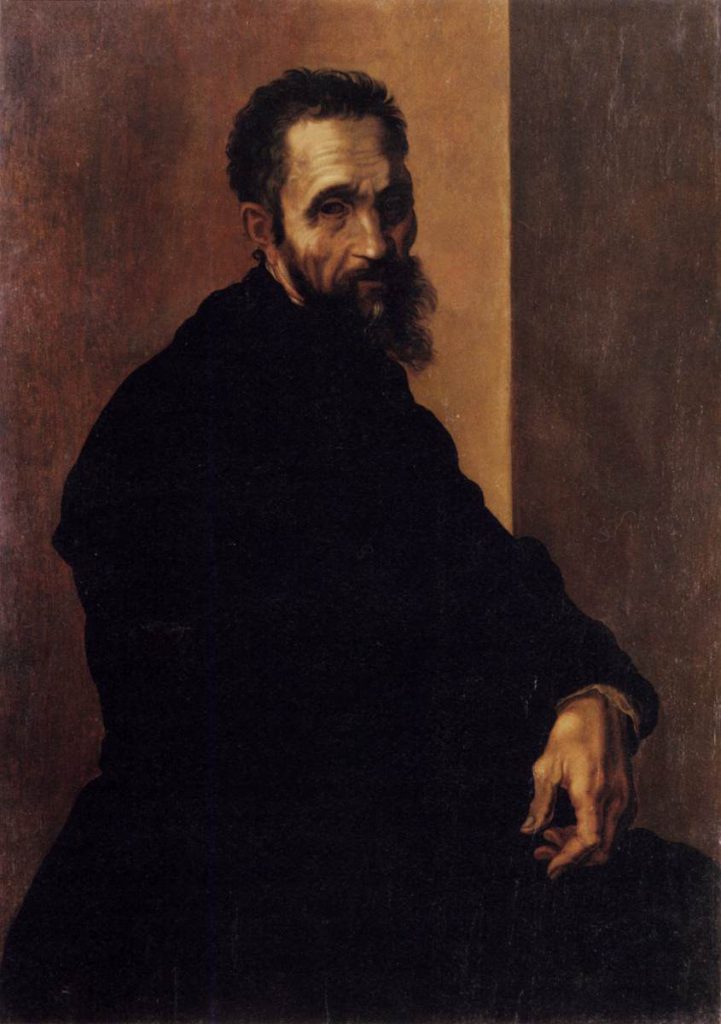 Unlike many contemporary artist like Damien Hirst or Jeff Koons, who outsource the majority of their work and production, Michelangelo took painstaking efforts to draw endlessly, paint what he needed, and carve as much marble as was humanly possible.Â  He created the era where the hand of the artist took on its full meaning.Â  If you would like to read more about the complexities of his life, I highly recommend Irving Stoneâs âThe Agony and the Ecstasy.

âÂ  Try not to be deterred by the size of the book or the terrible movie version that started Charlton Heston.Â  The book is worth the time, and the movie is one of the worst interpretations of a book Iâve ever seen. 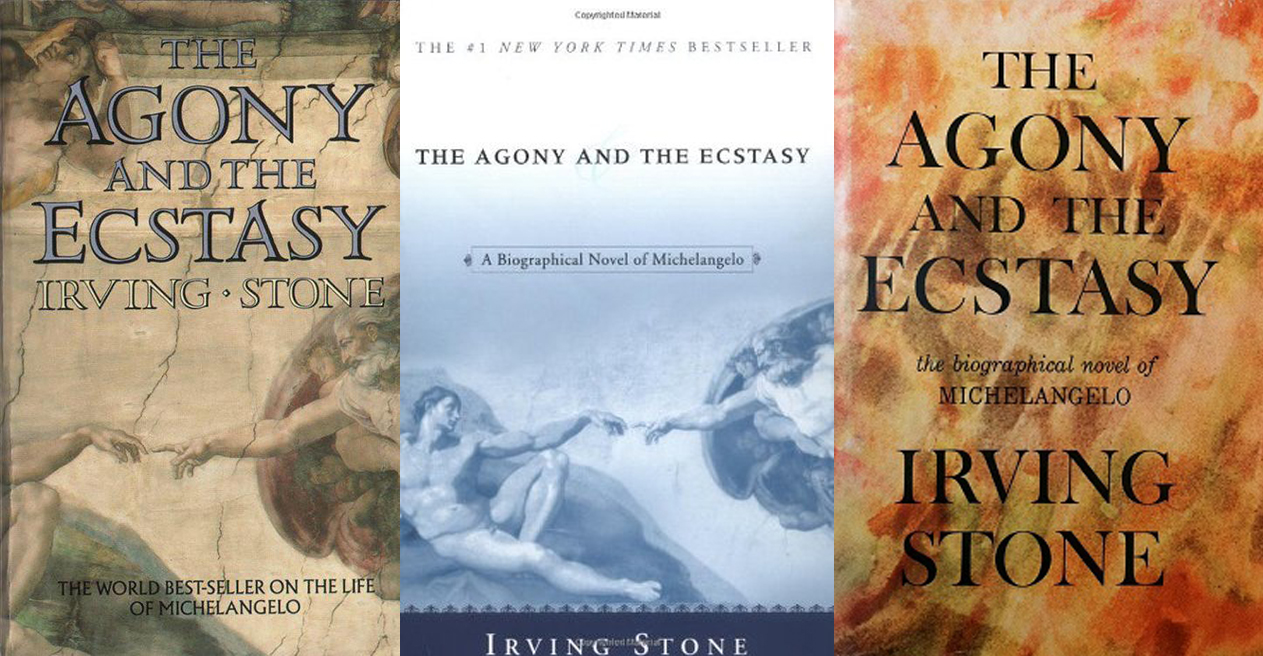 All that aside, each year I try to take a few days for what I might call an âart pilgrimage.âÂ  Iâve found that the best way to absorb art is to experience it in isolation, with no distractions, and with a completely clear schedule.Â  Art is an ongoing study and one that I hope keeps me company for the rest of my life.Â  Its history is so rich, varied, and at times deranged, that it proves to be an endless source of amusement for the artist and non-artist alike.Â  Even the dragons and excessive amount of flesh in the TV show âGame of Thronesâ cannot begin to rival the absurdity of real life in 16th century Florence.

Michelangelo took painstaking efforts to draw endlessly, paint what he needed, and carve as much marble as was humanly possible.Â  He created the era where the hand of the artist took on its full meaning. 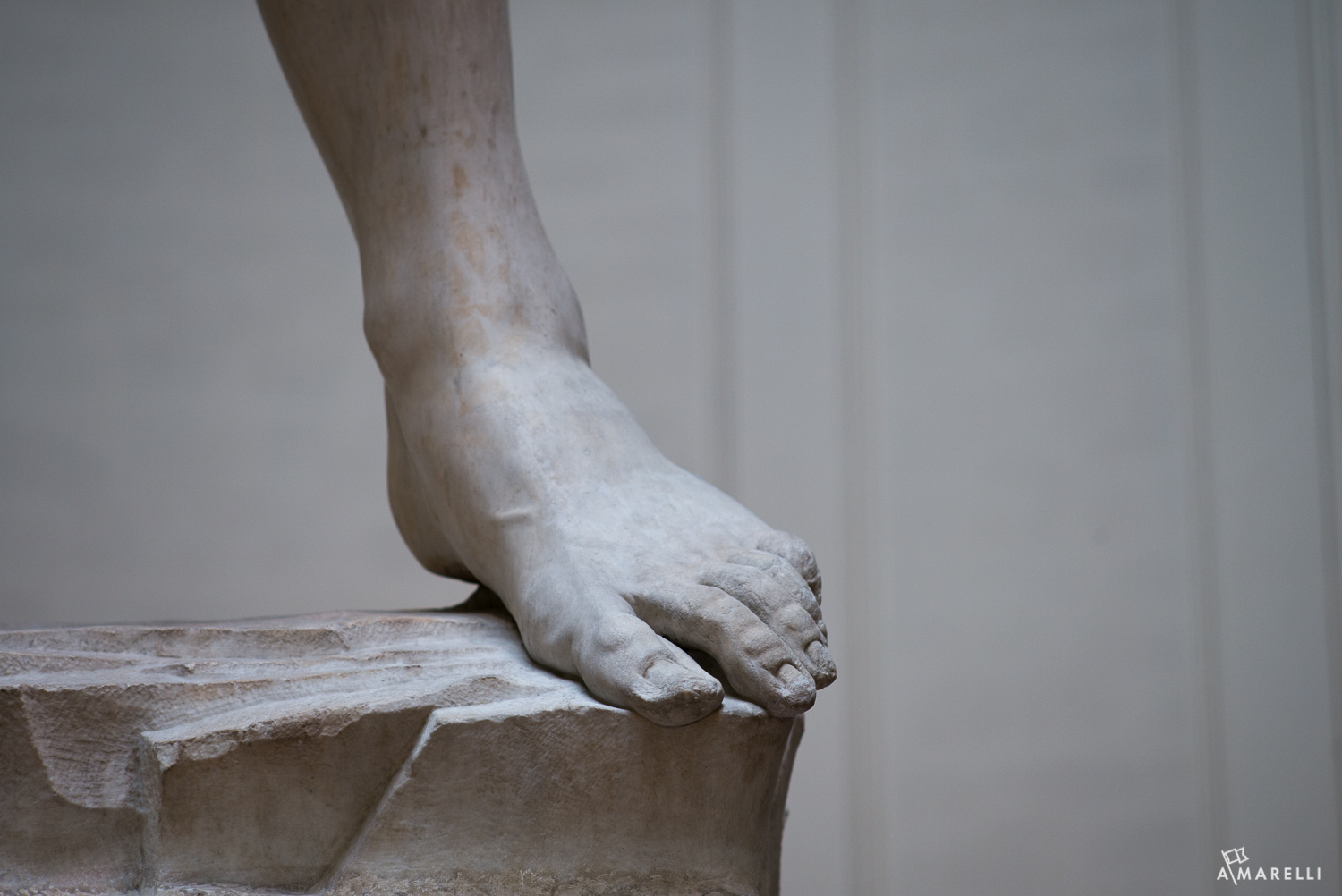 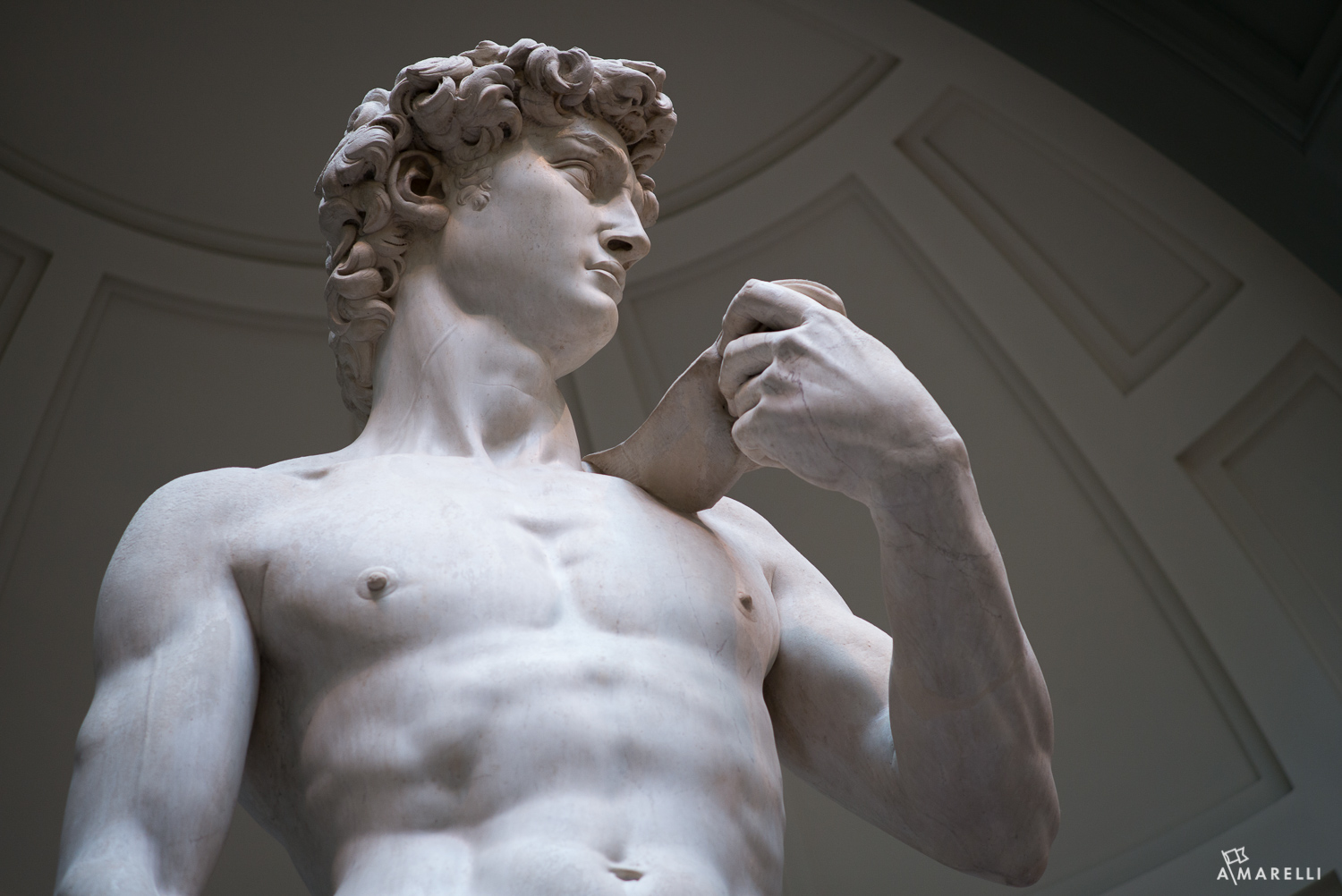 This year the two Michelangelo spots I wanted to see were his tomb (in the Church of Santa Croce) and his house (Casa Buonarroti). Â As some of you might already know, Michelangelo divided his adult life between Florence and Rome.Â  He worked for three different popes, which kept him in Rome many years longer than he ever imagined.Â  His preference was clearly for Tuscany, but with paying patrons in the Vatican, he needed to travel for extended periods of time to the Eternal City.Â  Though he regarded it more as an eternal dump.

That’s because 16thÂ century Rome was not nearly as polished as we find today.Â  A few decades of restoration and Fascist propaganda gave sections of Rome a much needed face lift.Â  We can imagine that in Michelangeloâs time, the city was a mosquito infested swamp, with decaying Roman ruins criss crossed by a dilapidated water/sewer system. Â It is noted in Michelangeloâs letters home that he never felt at home or at peace in Rome.

Back in Florence his family maintained a wool trading business.Â  His father, Ludovico di Leonardo, and brothers did their best to keep things afloat, but they were notorious speculators.Â  Many of their business ventures failed, requiring Michelangelo to send money home to keep them from bankruptcy.Â  It is understandable that after a number of years of being drained of his finances that Michelangelo started to report less income to his family.Â  He complained constantly of not having enough to eat or the extra ducats needed to buy new shoes.

This poverty story was nowhere near true as the Vatican financial records revealed centuries later.Â  As an example, Michelangelo was paid the 10x the average of an artist working in Rome to paint the Sistine Chapel.Â  But as a safety precaution, he left those details out when writing home.Â  Though, as he accumulated enough wealth, he purchased a large family home in Central Florence named Casa Buonarroti.Â  The house still stands today and operates as a small museum, though little of his work is on view.Â  If you head there thinking an archive of Michelangelo drawings will come flowing out of the coffers, think again. 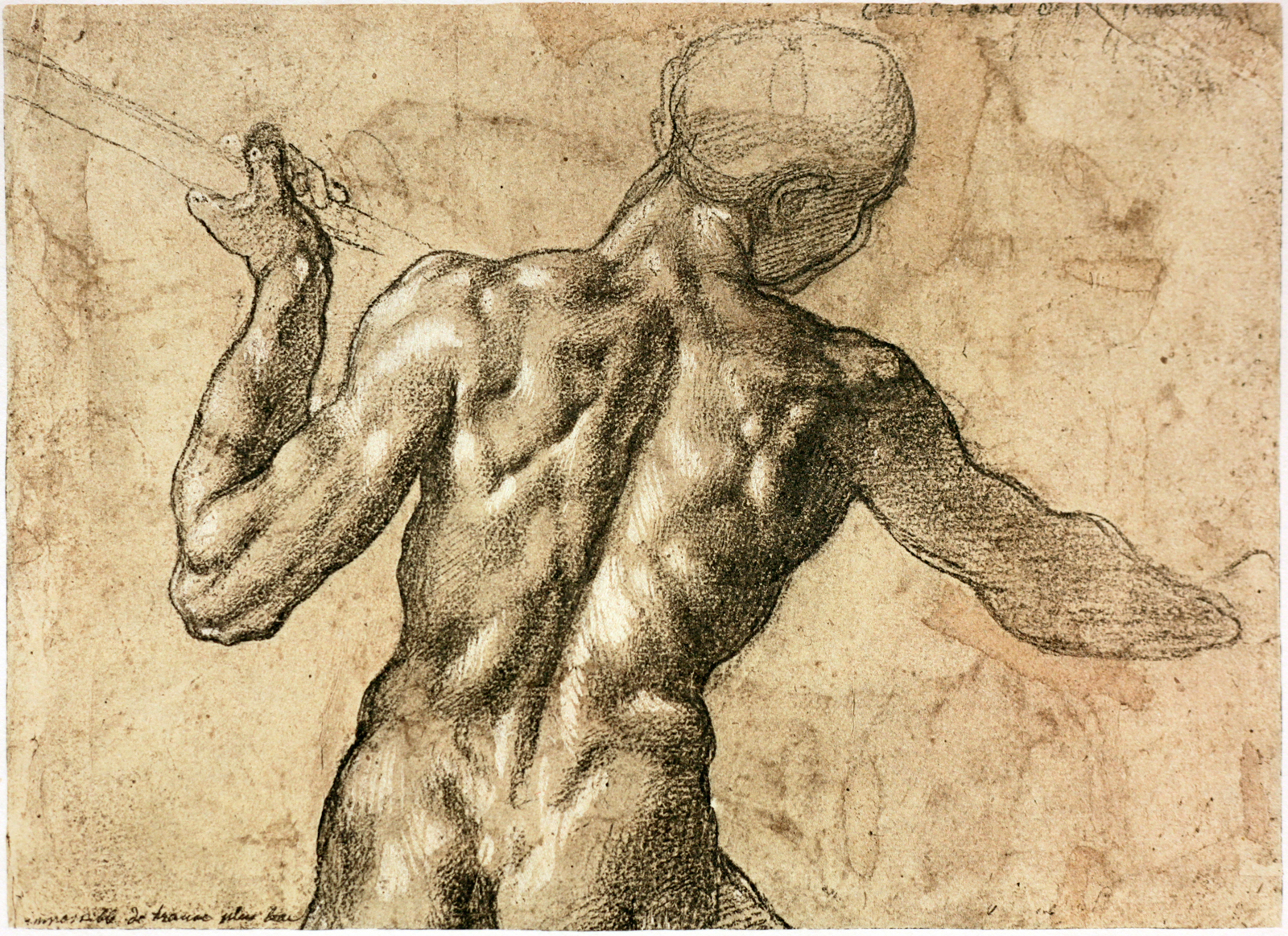 The permanent collection of over 250 drawings is mostly in storage.Â  At the time I went there were six drawings on view and no photography allowed.Â  The other two noteworthy pieces are the “Battle of the Centaurs,” made shortly before the carving of the “David,” and a model for the facade of San Lorenzo.

Now I understand â¬8 entry seems steep for a chance to see two works of art, but for me it was worth every penny. Â In fact, it is better spent than at least the last three movies I saw in New York, which cost closer to $20 a piece. 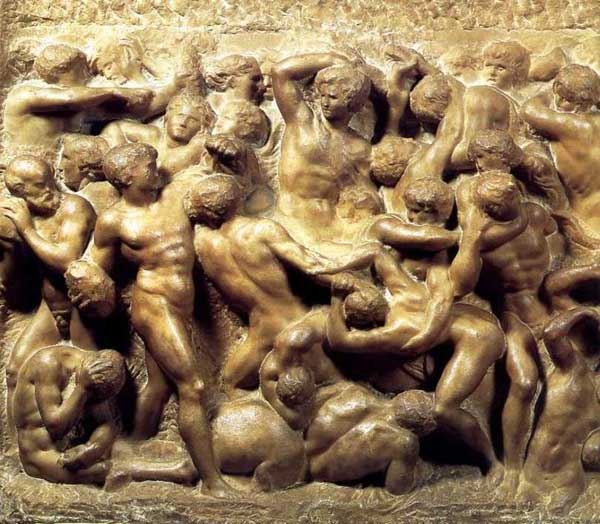 I could forgive the poor artificial lighting on the works, the mostly shuttered windows, and the surrounding installations that looked as if they were in desperate need of a makeover.Â  Why?Â  Because the “Battle of the Centaurs” is incredible in real life.

Photographs do no justice to the carvings.Â  The piece is a bit of a half breed between a relief sculpture and a free standing sculpture.Â  Captured within a rough rectangle, the figures in the foreground are shaped in the round, while the figures in the background fade into the flattened perimeter.Â  The work moves (yes it literally moves).Â  It has a pulse and feels as if all of the figures vibrate a tiny bit.Â  For such a small piece, it manages to capture much of the forthcoming success that Michelangelo would achieve later in life with the “David,” “Pieta,” or “Moses.” Â Through his understanding of the human form, he would take form, volume, and fluidity to new heights that had not been seen in art since the Greeks nearly two thousand years earlier. 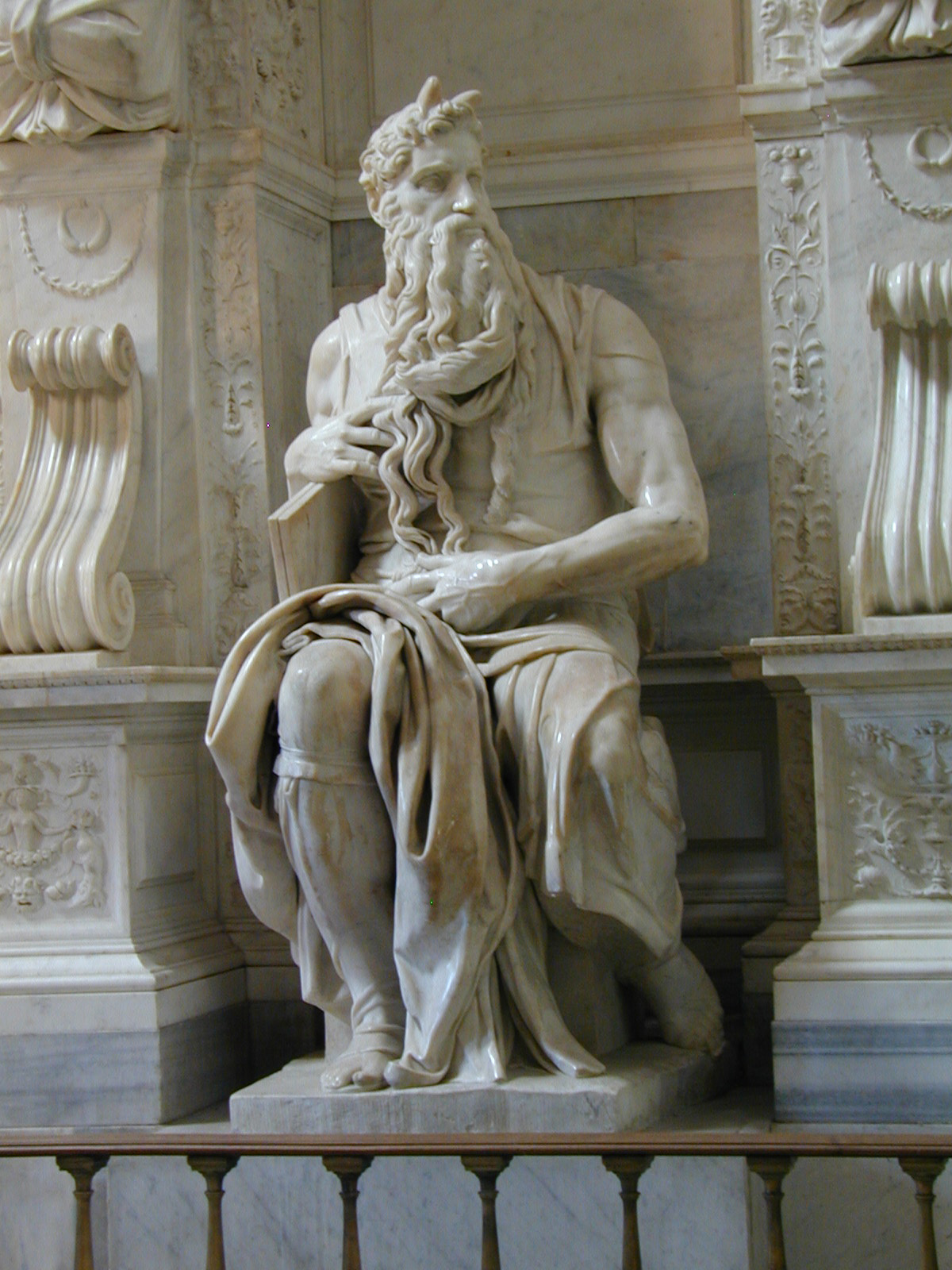 Through his understanding of the human form, he would take form, volume, and fluidity to new heights that had not been seen in art since the Greeks nearly two thousand years earlier.

Unlike the sheer grandeur of pieces like the “David,” many people are left confused by the “Battle of the Centaurs.” Â They shrug their shoulders and think âWhatâs the big deal?Â  Itâs a bunch of twisted figures carved in stone.â 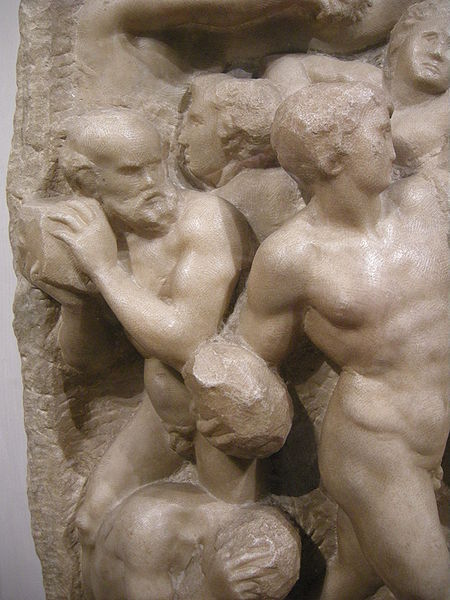 The thing that makes this piece so exceptional, and one of the reasons I would travel to Florence just to see a single sculpture, is that the piece moves â¦ and before you ask, I only had one cappuccino, so my eyes were not fluttering from a caffeine rush.

Here is how to see movement in a sculpture:

â¢ Stand in front of a sculpture, preferably with a neutral background â¦ it becomes much harder to see at first, if you are in a open field or city.
â¢ Cover one eye and look at the sculpture for at least 30 seconds.
â¢ Remove your hand and allow your other eye to adjust.
â¢ A good sculpture, with movement, will produce a slight shaking effect as the stereoscopic vision of your eyes tries to see the lights, shadows, and highlights that come off of the stone. 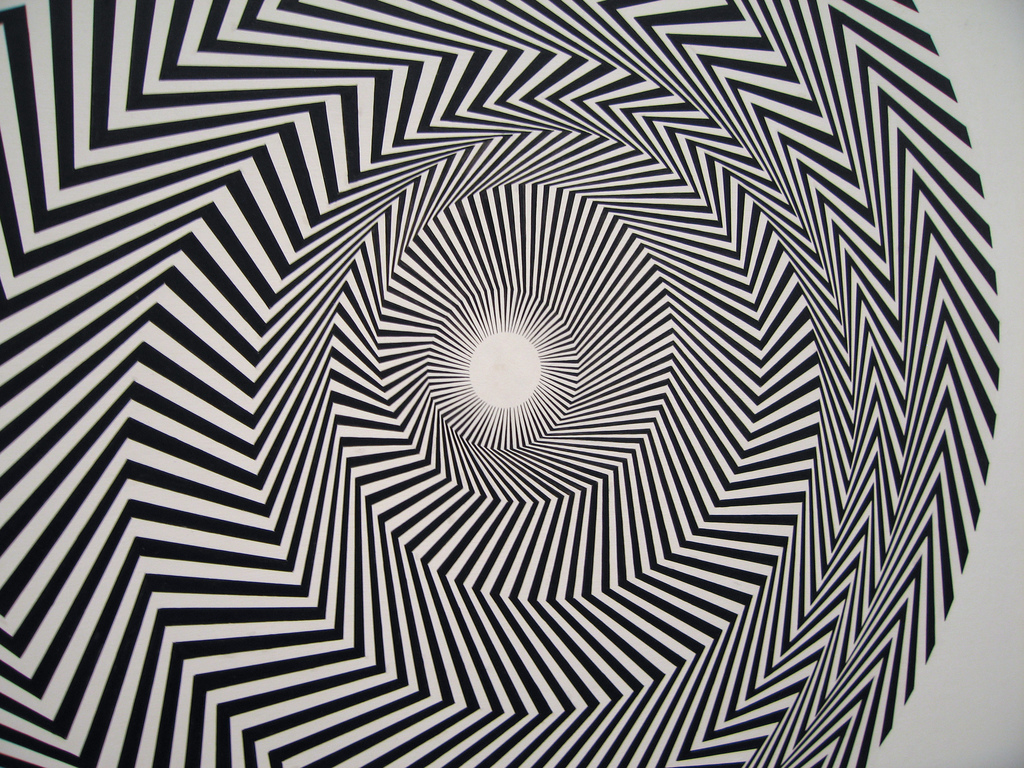 Artists in the Renaissance start to experiment with these effects that could be made with marble and bronze.Â  At a small scale like you have with the âBattle of the Centaurs,â it becomes like an optical illusion of converging lines like you might find in a painting from the 1960s painting movement called Op-Art. 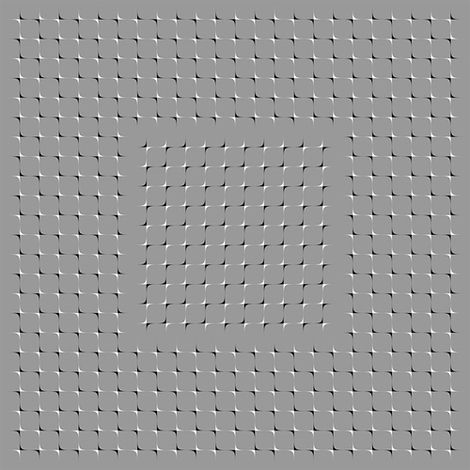 As I sat on the worn out leather bench inside of Casa Buonarroti, the sculpture came alive.Â  And the saving grace of an unpopular museum is that it was empty.Â  There were no crowds.Â  No one had an iPhone and there were no tour groups with headsets and flag toting leaders.Â  It felt like a private viewing experience that made up for all the other failings of the house. 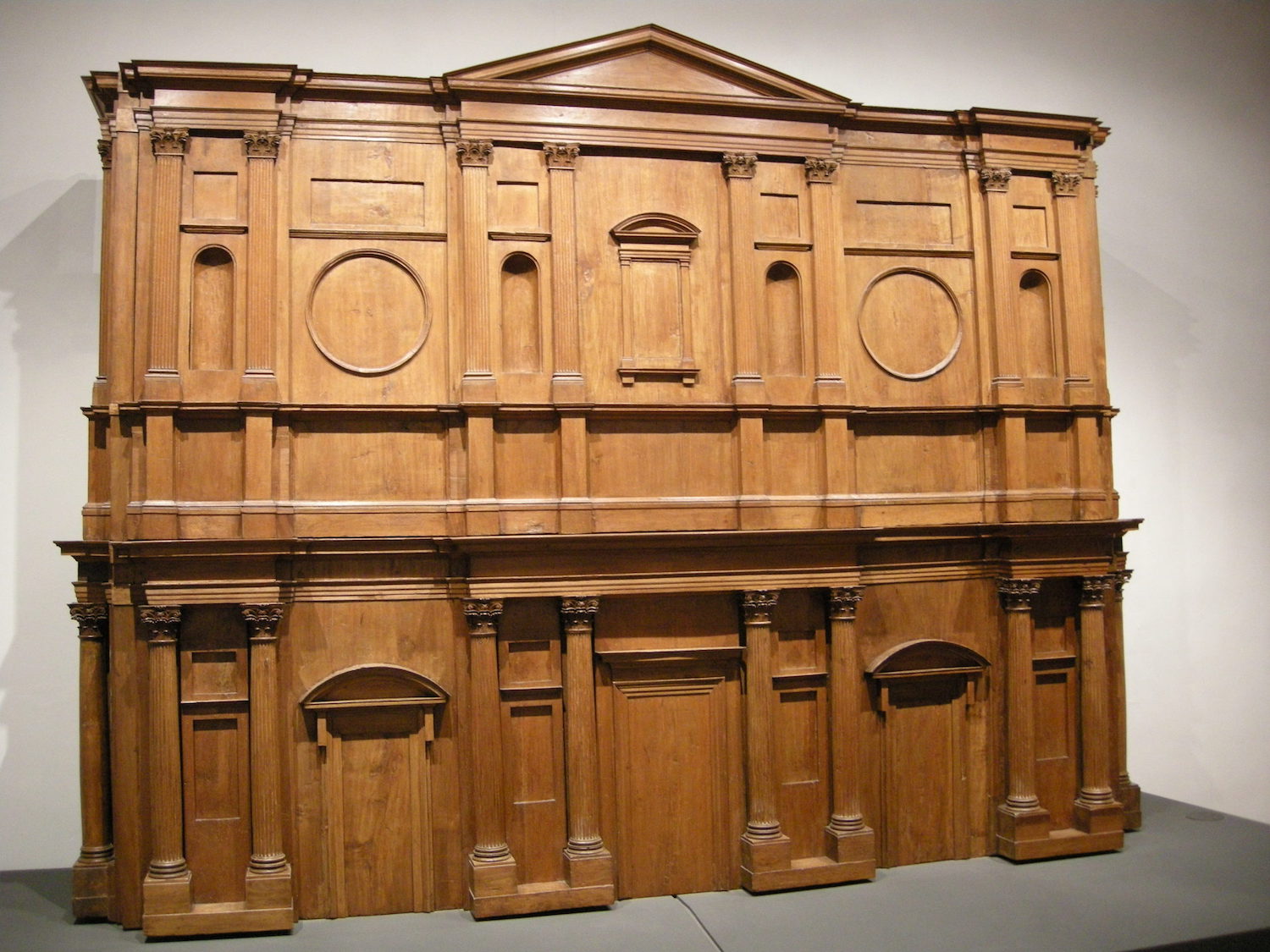 Beyond the sculpture was a massive wooden model of the facade of San Lorenzo.Â  This unrealized design is no less impressive in wood than it might have been in stone.Â  The deceiving thing is that when I first saw slides of this model in art history classes, it was impossible to get the scale of the piece.Â  It is actually quite larger than I anticipated. Â Again, it was easy to see, because the only other person around was the guard who was constantly fidgeting with the drapes in an effort to keep any natural light out.

The rest of the house is covered with paintings, medals, and certificates that honored Michelangelo.Â  Being a man known for his modest disposition, this installation would have made his skin crawl.Â  But his family held his accomplishments in great esteem and outfitted the house as a monument to their most famous member.Â  It does feel a little bit like how teenagers build wall poster collections of their heroes.Â  It makes it one part heartfelt and another part very cheesy. 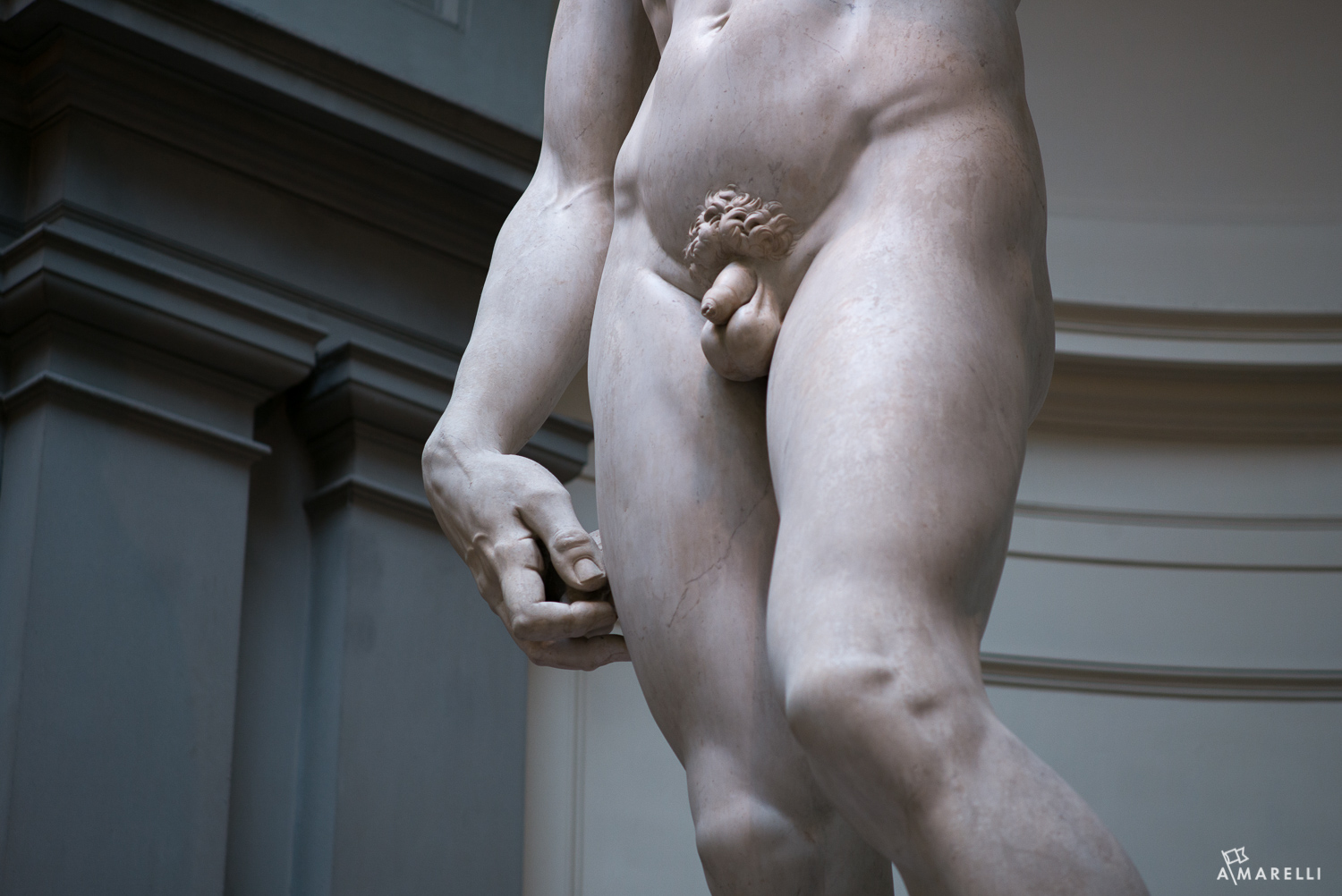 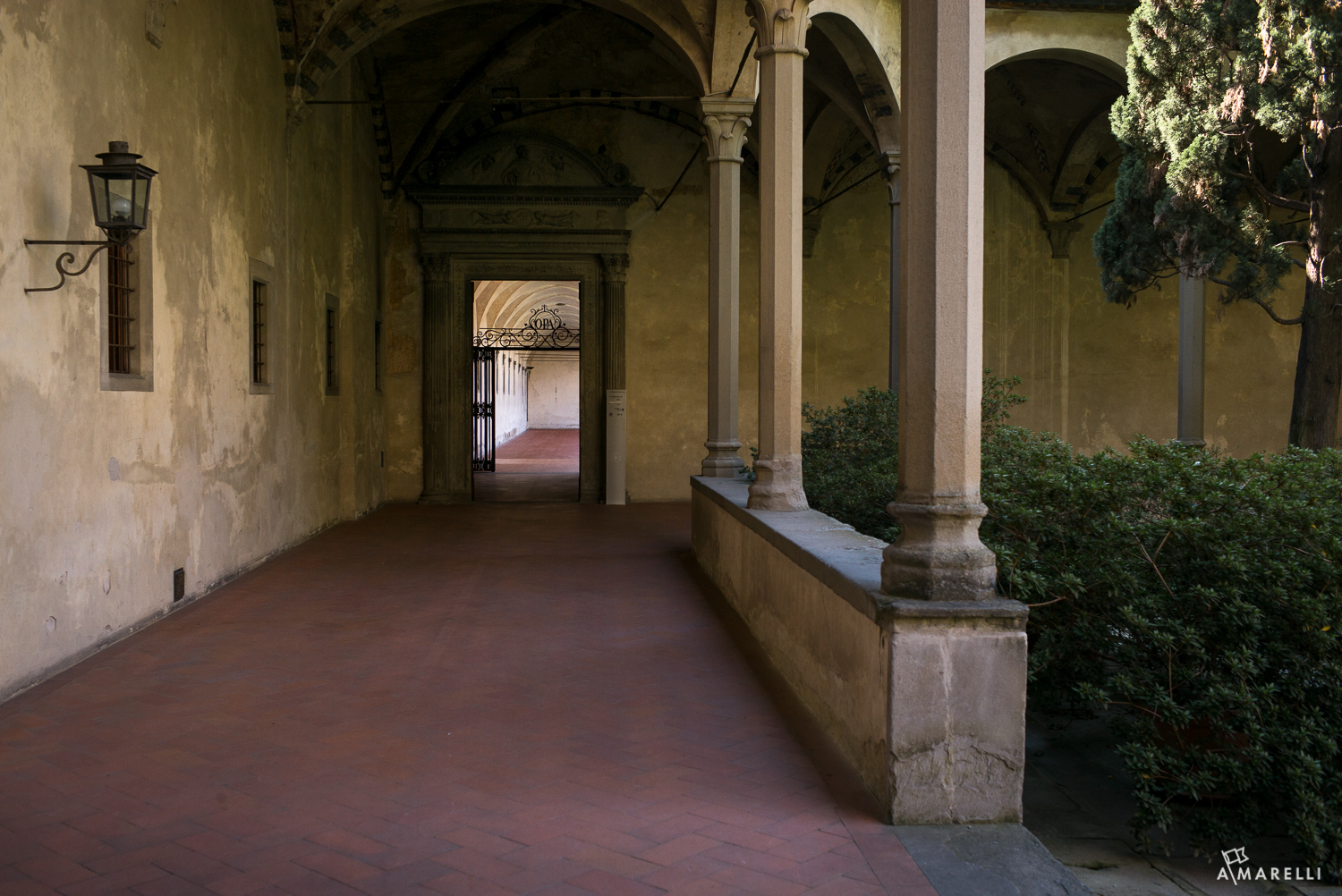 Outside of Casa Buonarroti and right down the road is the Church of Santa Croce.Â  It is where Michelangelo was buried and we will explore the tomb and some of the other spaces next.Â  Until then, grab an Aperol Spritz and enjoy the Tuscan sunset with me.

Adam Marelli Workshops is a participant in the Amazon Services LLC Associates Program, an affiliate advertising program designed to provide a means for sites to earn advertising fees by advertising and linking to Amazon. Translated from legalese, this means I get a small percentage of the sale when you buy something from Amazon through one of the links on this site. I only recommend products that I have personally used and feel would be a useful resource for you. I’m not paid to endorse any products beyond the small commission from Amazon. 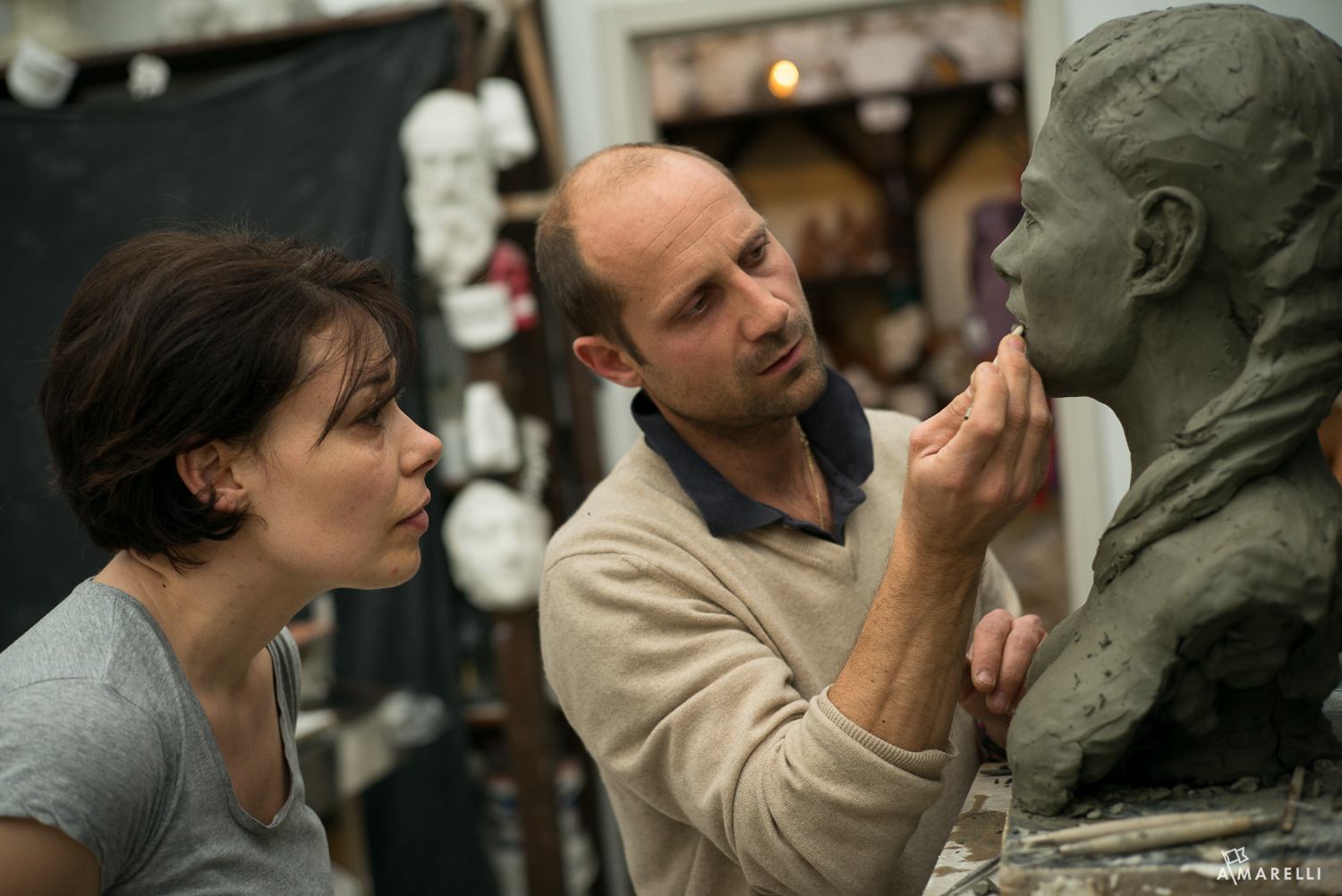 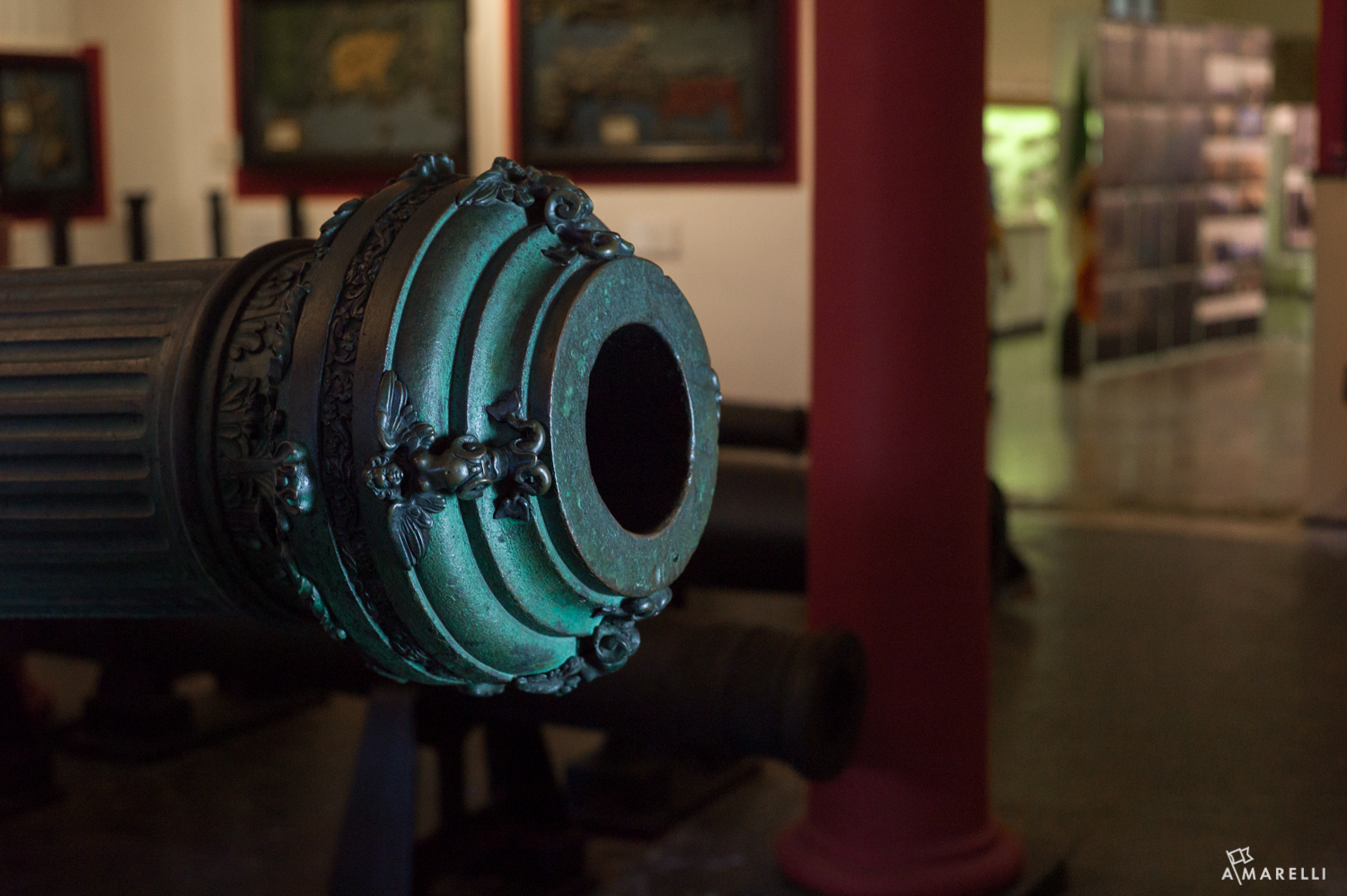 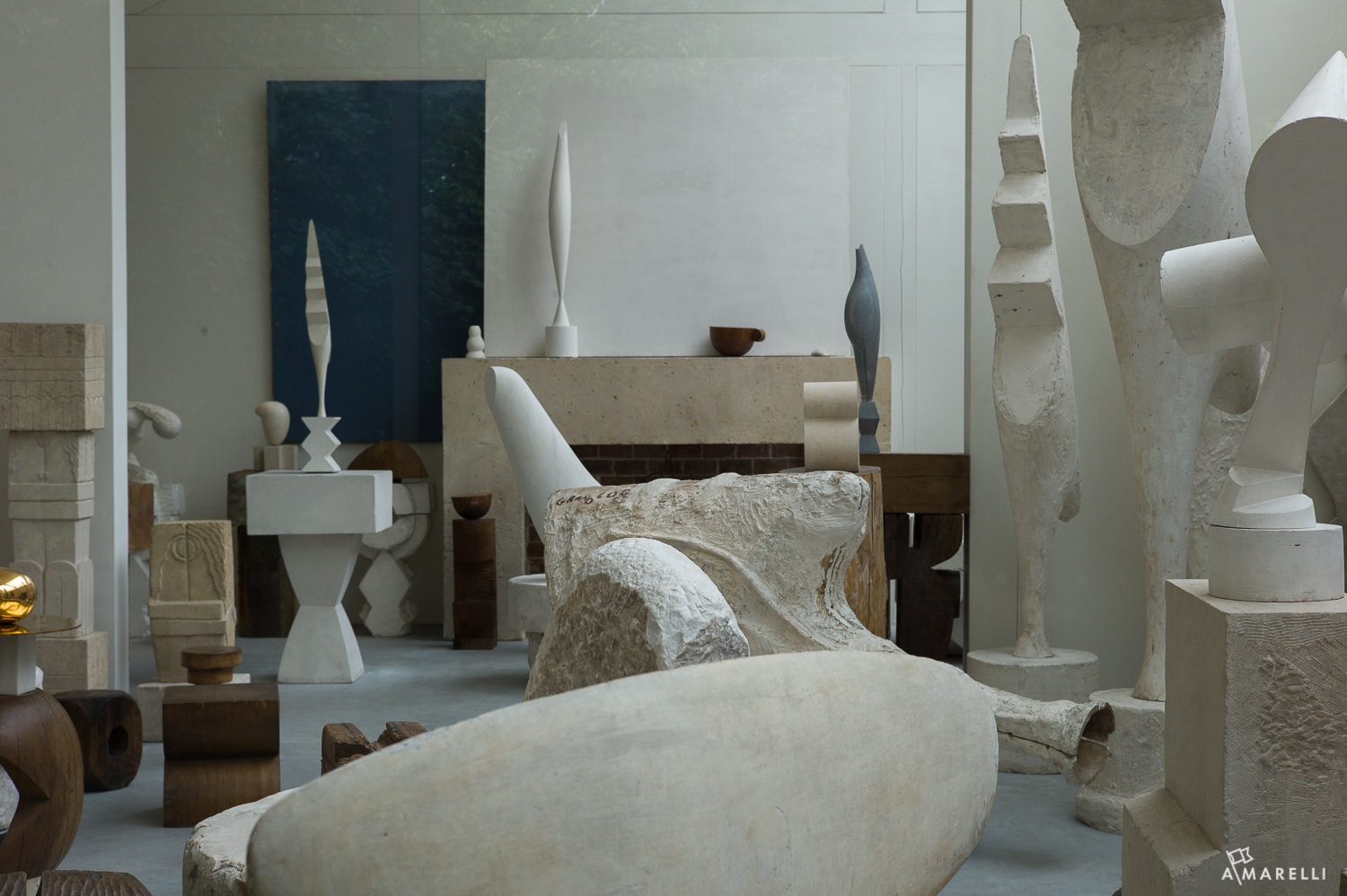